Zophia, better known as "Grandma Zo"  is Tess O'Malley's maternal grandmother. On her visit to 352 Hauser Avenue Tess and Booker attempt to try to slow her down after recovering from a fall.

She was portrayed by Mindy Sterling.

Prior to her fall, Zophia was a more reserved individual. Extremely affectionate and kind to Tess as she grew up, they favored simple activities such as cookie baking, playing cards, and solving puzzles. However, after her fall, Zophia dramatically changed her outlook, adopting a more feisty personality. The new Grandma Zo has been described as a "firecracker."

The Cookie Time Song (by Grandma Zo and Tess) 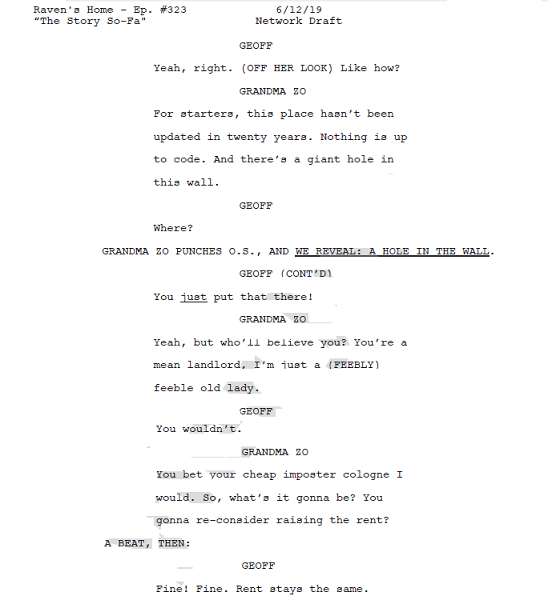 Retrieved from "https://ravenshome.fandom.com/wiki/Grandma_Zo?oldid=22925"
Community content is available under CC-BY-SA unless otherwise noted.